History of the MPO

The local governments of Charlottesville and Albemarle established the MPO in response to a federal mandate through a memorandum of understanding signed by the Thomas Jefferson Planning District Commission (PDC), JAUNT, VDOT and the two localities in 1982. The MPO conducts transportation studies and ongoing planning activities, including the Transportation Improvement Program (TIP), which lists road and transit improvements approved for federal funding, and the 20-year long range plan for the overall transportation network, which is updated every five years. 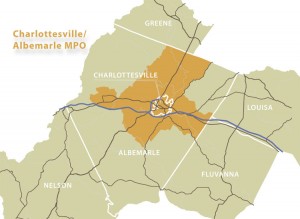 The MPO is staffed by the Thomas Jefferson Planning District Commission (TJPDC). Working in conjunction with partner and professional agencies, the staff collects, analyzes, evaluates and prepares materials for use by the Board and Committee Members at their regularly scheduled meetings, as well as any sub-committee meetings deemed necessary.

The MPO area includes the City of Charlottesville and the portion of Albemarle County that is either urban or anticipated to increase to urban density during the next 20-year period. In 2013, the MPO boundaries were updated and expanded to be more consistent with 2010 census data. These new boundaries were approved by the Commonwealth’s Secretary of Transportation in March 2013. 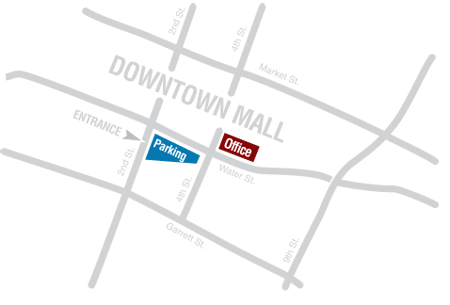